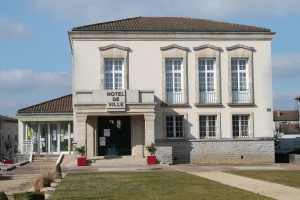 The Mairie (Town Hall) above is the newest we’ve seen, it dates from around 1951.  The village it serves was re-built after WWII.

Why I hear you both ask?  Well on the 9th of June 1944 the place was fine.  On the 10th of June part of the SS “Das Reich” Division encircled the village and got everyone together in the square.  They separated the women and children who were taken to the church.  The men were split up and taken to barns and garages where they were machine gunned then set on fire – six got away from one of the garages but only five got away alive.

The women and children were shut in the church, then it set on fire as the troops fired machine guns and threw grenades into the burning building.  Three got out, two were shot and just one got away wounded. 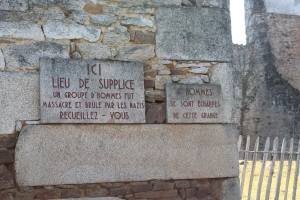 In total 642 of the 648 people who were there when the SS arrived were killed.  Around twenty had managed to get away as the troops approached.

Amung the dead were not just locals but refugees who had ended up living there having been displaced by the war.  Two people killed were German and six just who happened to be cycling through the village that day were also killed… 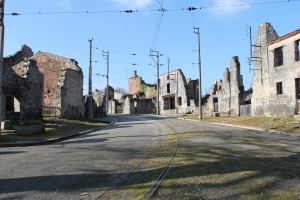 After they finished the SS looted the homes and businesses then set fire to every building in an effort to destroy some of the evidence of what they had done…  The village has been left as it was after the bodies were removed as a memorial to those killed and others who died in similar circumstances.

We visited yesterday, a laugh it was not. 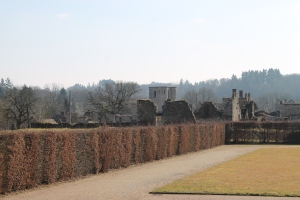 It was quiet and only a couple dozen other people were wandering around when we were there.  It also lacks the Spring birdsong that is everywhere here at the moment which made it very odd.

The ruined church still has some bullet holes but otherwise doesn’t show any scars of what happened there the elements having cleansed the stone but no-one can imagine how it was as nearly two hundred women and children died in fire and blast.  The SS used phosphorous to further fuel the fire… 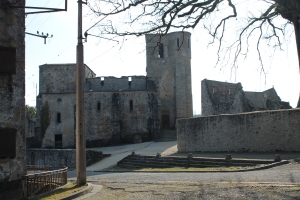 The memorial listing the 642 names showed many, many of the same surnames and one had no recorded first name as he/she was only 8 days old…  He/she would have been 71 this year.

The only woman who got away by hiding wounded in a garden overnight lost five members of her immediate family.

The details of the atrocity are spelt out at a visitor centre – they are put in context and by no means lay it on thick or try to increase the horror of what happened there.

If you can go, go.  If you can’t use this as a reminder of what men can do when they get excited about flags… 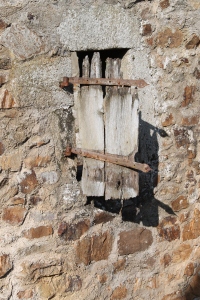